Small v. University Medical Center is a recent 123-page decision focused exclusively on issues and challenges related to preservation of electronically stored information in a large enterprise. Its an important ESI preservation case with some very instructive takeaways for organizations and their counsel.  In Small, Plaintiffs brought an employment wage & hour class action against University Medical Center of Southern Nevada (UMC). Such wage & hour employment matters invariably involve intensive eDiscovery, and this case was no exception. When it became evident that UMC was struggling mightily with their ESI preservation and collection obligations, the Nevada District Court appointed a special master, who proved to be tech-savvy with a solid understanding of eDiscovery issues. 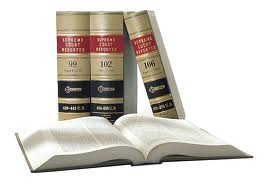 After several years of considering and reviewing the special master’s detailed report and recommendations, the court finally issued its final discovery order last month. The court concurred with the special master’s findings, holding that UMC and its counsel failed to take reasonable efforts to identify, preserve, collect, and produce relevant information. The court imposed monetary sanctions against UMC, including the attorney fees and costs incurred by opposing counsel. Additionally, the court ordered that should the matter proceed to trial, the jury would be instructed that “the court has found UMC failed to comply with its legal duty to preserve discoverable information… and failed to comply with a number of the court’s orders,” and that “these failures resulted in the loss or destruction of some ESI relevant to the parties’ claims and defenses and responsive to plaintiffs’ discovery requests, and that the jury may consider these findings with all other evidence in the case for whatever value it deems appropriate.” Such adverse inference instructions are invariably highly impactful if not effectively dispositive in a jury trial.

There are three key takeaways from Small:

UMC’s challenges all centered on its complete lack of an existing process to address eDiscovery preservation. UMC and their counsel could not identify the locations of potentially relevant ESI because there was no data map. ESI was not timely preserved because no litigation hold process existed. And when the collection did finally occur under the special master’s order, it was highly reactive and very haphazard because UMC had no enterprise-capable collection capability.

When an organization does not have a systematic and repeatable process in place, the risks and costs associated with eDiscovery increase exponentially. Such a failure also puts outside counsel in a very difficult situation, as reflected by this statement from the Small Court: “One of the most astonishing assertions UMC made in its objection to the special master’s R & R is that UMC did not know what to preserve. UMC and its counsel had a legal duty to figure this out. Collection and preservation of ESI is often an iterative process between the attorney and the client.”

Some commentators have focused on the need to conduct custodian questionnaires, but a good process will obviate or at least reduce your reliance on often unreliable custodians to locate potentially relevant ESI.

UMC tried arguing that it was too burdensome and costly for them to collect ESI from hundreds of custodians, claiming that it took IT six hours to merely search the email account of a single custodian. Here at X1, I wear a couple of hats, including compliance and eDiscovery counsel. In response to a recent GDPR audit, we searched dozens of our email accounts in seconds. This capability not only dramatically reduces our costs, but also our risk by allowing us to demonstrate diligent compliance.

In the eDiscovery context, the ability to quickly pinpoint potentially responsive data enables corporate counsel to better represent their client. For instance, they are then able to intelligently negotiate keywords and overall preservation scope with opposing counsel, instead of flying blind. Also, with their eDiscovery house in order, they can focus on more strategic priorities in the case, including pressing the adversary on their discovery compliance, with the confidence that your client does not live in a glass house.

Conversely, the Small opinion documents several meet and confer meetings and discovery hearings where UMC’s counsel was clearly at a significant disadvantage, and progressively lost credibility with the court because they didn’t know what they didn’t know.

Eventually UMC retained forensic collection consultants several months after the duty to preserve kicked in. This reflects an old school reactive, “drag the feet” approach some organizations still take, where they try to deflect preservation obligations and then, once opposing counsel or the court force the issue, scramble and retain forensic consultants to parachute in.  In this situation it was already too late, as much the data had already been spoliated. And because of the lack of a process, including a data map, the collection efforts were disjointed and a haphazard. The opinion also reflects that this reactive fire drill resulted in significant data over-collection at significant cost to UMC.

In sum, Small v. University Medical Center is a 123 page illustration of what often happens when an organization does not have a systematic eDiscovery process in place. An effective process is established through the right people, processes and technology, such as the capabilities of the X1 Distributed Discovery platform. A complete copy of the court opinion can be accessed here: Small v. University Medical Center